(RED BANK – JAN. 10) The nonprofit Count Basie Center for the Arts finished 2019 as New Jersey’s top ticket-selling theater venue, in a tally released by Pollstar, the official publication of the live events and concert touring industry.

The Basie sold more than 220,000 tickets in 2019, and placing the historic landmark as the 30th best-selling venue of its size worldwide. It was the fourth consecutive year the historic Basie has ranked as best in the Garden State. 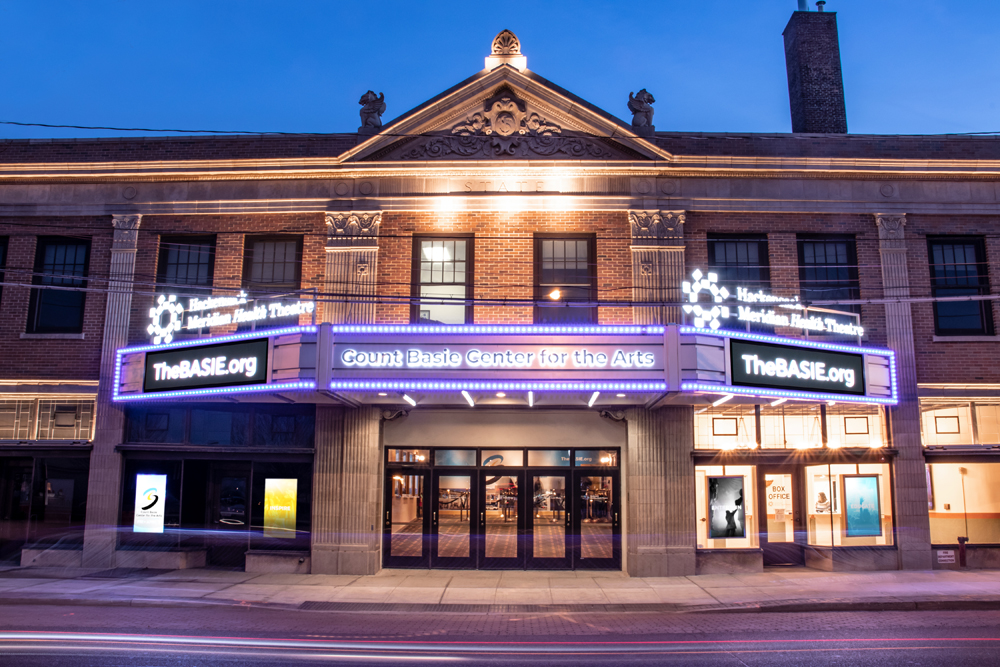 “The communities in our region have once again shown their appreciation for diverse, quality programming,” said Izzy Sackowitz, the Basie Center’s Executive Vice President of Operations and General Manager. “The Basie’s mission is to serve persons of all backgrounds and interests, and growth suggests we’re accomplishing this.”

The Pollstar accolade comes as the Basie experiences a multiyear trend that has seen ticket sales skyrocket nearly 75% since 2014, when Pollstar listed the Basie at No. 54 internationally, with sales of 127,459 tickets.

The Basie Center is in the final phases of its ambitious, $28 million expansion, slated for completion by summer. The expansion includes the Grunin Arts Education Building, which will house the nonprofit organization’s bustling Academy of the Arts programs; an expanded, barrier-free lobby featuring gathering space, a new donor lounge and additional restrooms and concessions facilities; an outdoor arts plaza and rooftop lounge, and a much-anticipated second performance venue, which will welcome a spectrum of artists and performances.

“We are so proud that Pollstar has recognized the Basie as the number-one theater in New Jersey for the fourth year in a row, and that once again we are on par with the top 25 giants on an international level,” said Basie Center CEO and President, Adam Philipson. “We are even more pleased that we can reach this status while building our second venue and the Grunin Arts Education Building. We are more focused and committed than ever on the Basie’s mission of promoting the arts and arts education and bringing the highest level of diverse programming to our region.